Attorney Steve Gordon Helped Me Beat the Eviction From COOP

I called him Steve, Attorney Steve Gordon, a great Attorney who I hired on my case against Eviction from the Coop. July 2014, a neighbor of mine tried to evict me out of the Coop supported by the management of the Coop cheated by the neighbor. I was honored to have hired Steve who by his professional acknowledgement helping me winning the case positively by April 2015 by proving the charge against me untrue by no evidence-based and the charge itself too old—-a years ago. Therefore, the judge agreed to give me a chance of a Court Termination To the Eviction by a Probation Agreement at the Court for 9 months for me. By Jan. 2016, my probation was over and the Coop management got no evidence to prove their charge. The eviction then was dismissed automatically by Probation Agreement. Seeing is believing. I experienced a great lawful help from Steve. I can do it then you can do it by trust Steve, let him do your case. Besides, his law fee is flat, save a lot of money for you. This is Joe, an Asian American citizen. living in Queens, NYC.

Thank you for contacting us. We will get back to you shortly.

Please complete all required fields below.

Gordon Legal, PC is committed to answering your questions about landlord-tenant law .

We offer a free initial phone consultation to Queens, New York landlords and tenants and we'll gladly discuss your case with you at your convenience. Contact us today to schedule an appointment. 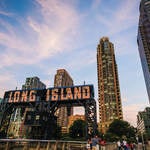